Stories of the homeless aren’t what you think! Timmothy, on the right, has a great job and makes $35 per hour. He had to take a medical leave for hernia surgery, and the sixth-month for long term disability caused him to lose his apartment due to lack of income. The short term disability didn’t kick in before he lost his apartment. Just out of the hospital, he’s living in the park another two weeks until returning to work. On his first check, he will get another apartment. Timmothy is of the many homeless Veterans I see while serving the homeless community. No one should be homeless (unless by choice and I have met some), but those who’ve served our country should be exempt! 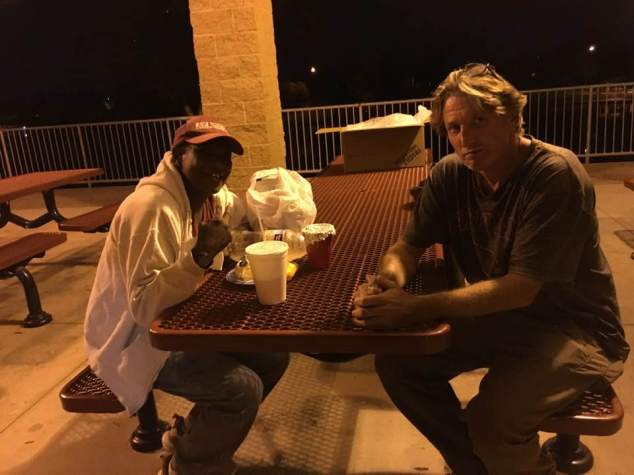 Assumptions about the homeless population should be challenged. Anyone can be homeless, and most Americans are one paycheck away, which is why WE ALL need to join forces to bring about change! Another surprise is that Timothy has begun the process of starting a  nonprofit to serve these forgotten soldiers.  Having been in construction all his life., he’s offered his services to Dsquared’s housing renovation project, for FREE. It’s amazing what you learn about a homeless person just by taking time for a conversation. Hidden, unexpected blessings are awesome! I now have a construction worker on my Dsquared team!